The recent pandemic inspired this exploration of emotions such as loneliness, absence and detachment. The body of work offers a contemporary perspective on the void and space to reflect and contemplate what those words mean to each of us at this point.

Over the course of the year, a very much design and material based narrative was met by the more emotive narrative of the desire for comfort, familiarity and an overwhelming acknowledgement of the passage of time. We were all living in a moment where human existence felt distant; we were separated from each other and isolated from the things that make us human.

This body of work considered questions such as ‘how can we remind ourselves of each other, how can I echo human interaction and how can I create the feeling of comfort which is so often provided by the tangible and the known?’.

This notion of the tangible and the known signals the project coming full circle as these themes inspired the former half of the work, where my focus was the relationship between shape and form.

Initially, I was involved with the notion of the ‘significant form’ coined by Clive bell in 1914. Bell’s idea was that “the form of an artwork or forms within an artwork can be expressive, even if largely or completely divorced from reality (Tate, 2020). A precursor to movements such as Minimalism and Abstract art, Bell’s notion accepted that things don’t always need to be figurative to convey something.

This idea led me aesthetically throughout my final major project, with material-led making influencing my two-dimensional translations. By material-led making I mean the process of working directly with the material without a reference, however later I began using organic forms such as rocks and pebbles as my reference material.

I was interested in the idea that perhaps everything we create is an amalgamation of everything we have seen, but maybe not everything we have seen needs to affect everything we will see. I questioned whether things can be viewed in isolation; with no need for explanation or connotation. Interestingly, these are the questions I began my project with; particularly when considering how important the interpretation and connection to the work became towards the end.

To close this body of work, I planned and proposed an exhibition of the work, alongside a series of talks and workshops. An interest in how the art is shaped, delivered and received by society, fuelled by my time working with non-profit organisations and social enterprises and by my dissertation topic, amalgamated in this outcome.

To see more of my projects please visit https://the-dots.com/users/chloe-elie-614850 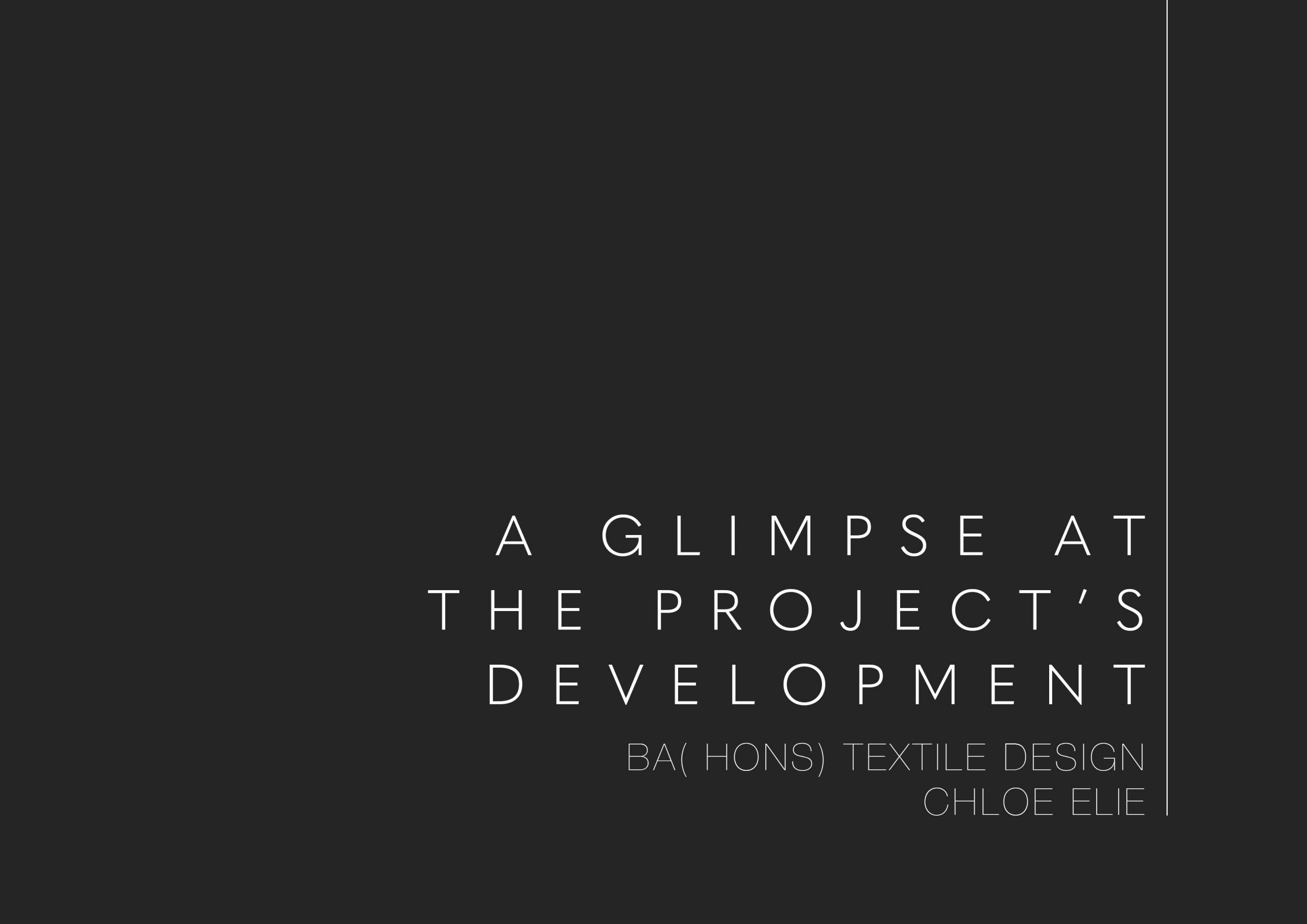 This video shares a handful of the stages of development within this project, particularly significant moments within the body of work, from initial sketches to final outcomes.

View pdf
The outcome of this body of work was the planning and proposal of a hypothetical exhibition which would exhibit the body of work alongside a series of talks & workshops.