Music has an inseparable link to the visuals we assign to it; in essence, an album cover acts to translate something purely sonic into a single, tangible image. While those same album covers can often become intrinsically linked to the music it’s attached to, this particular project sets out to re-evaluate a set of album covers through the lens of retrospection to provide an elevated experience for both the given band – Kentucky rock group Cage The Elephant – and their audience. ‘A Box for a Cage’ re-imagines the group’s six releases as a single physical narrative.
At its heart, ‘A Box for a Cage’ (or ‘Cage The Elephant at 15’) is a celebration of the 15-year journey the band have embarked on since their eponymous debut album in 2008; hypothetically, it would be released in 2023 as a 15th anniversary reissue, paying homage to the legacy created thus far. To challenge the designer, an emphasis on tactility and the physicality of print was similarly imbued. An answer to the question “how long can the consumer be encouraged to continue playing with a product that ultimately only serves an audial purpose?” was sought after; each record’s packaging urges the audience to create their own images by way of a central collage and die-cut windows in the outer sleeve. 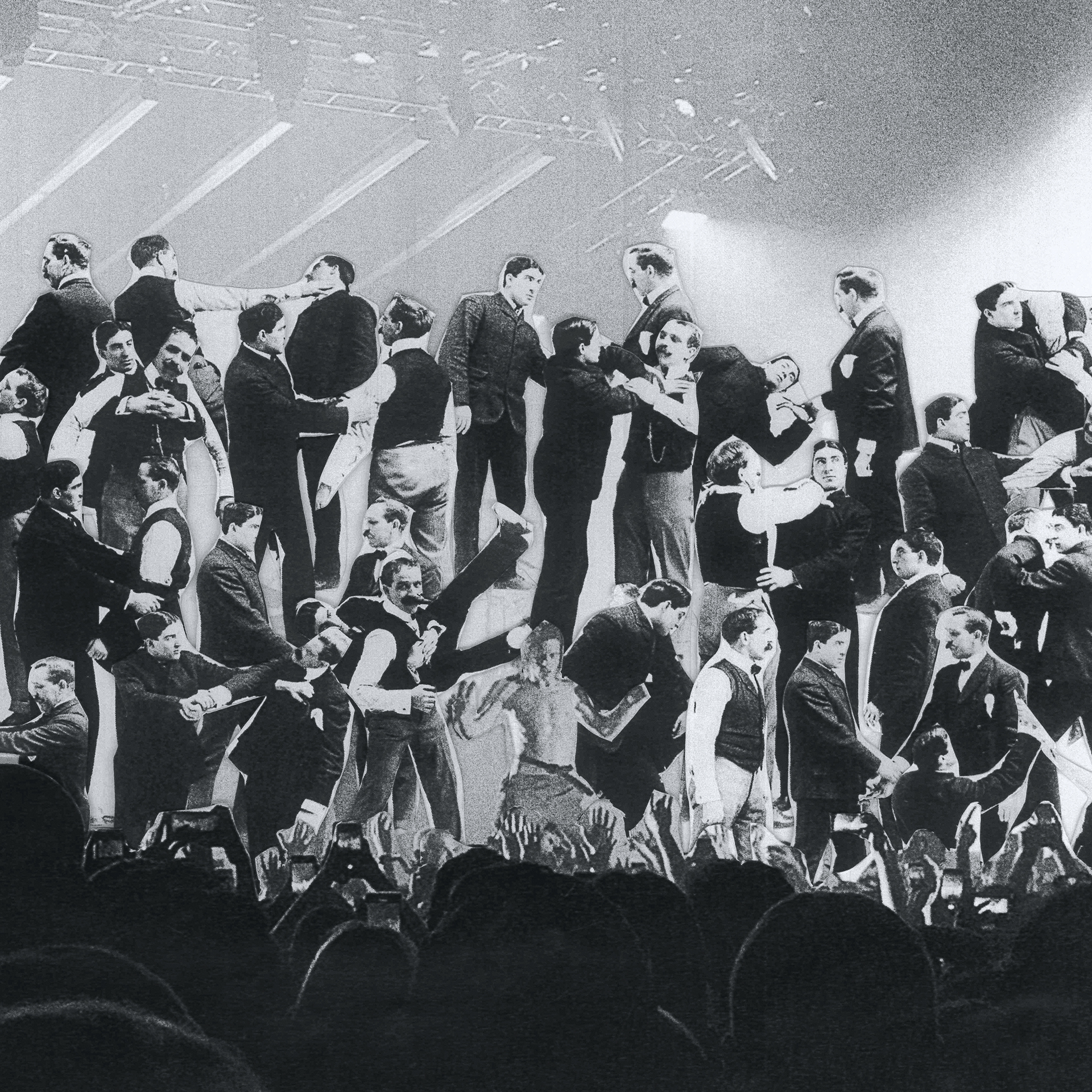 The central image used for the poster contained within the box, depicting frontman Matt Shultz performing live with a jumble of 'gentlemen's self defence guides' providing a backdrop. Every image created for the project was initially crafted by hand; a combination of bizarre photography from the early 20th century and original images of the band allowed for collages such as this to be formed. 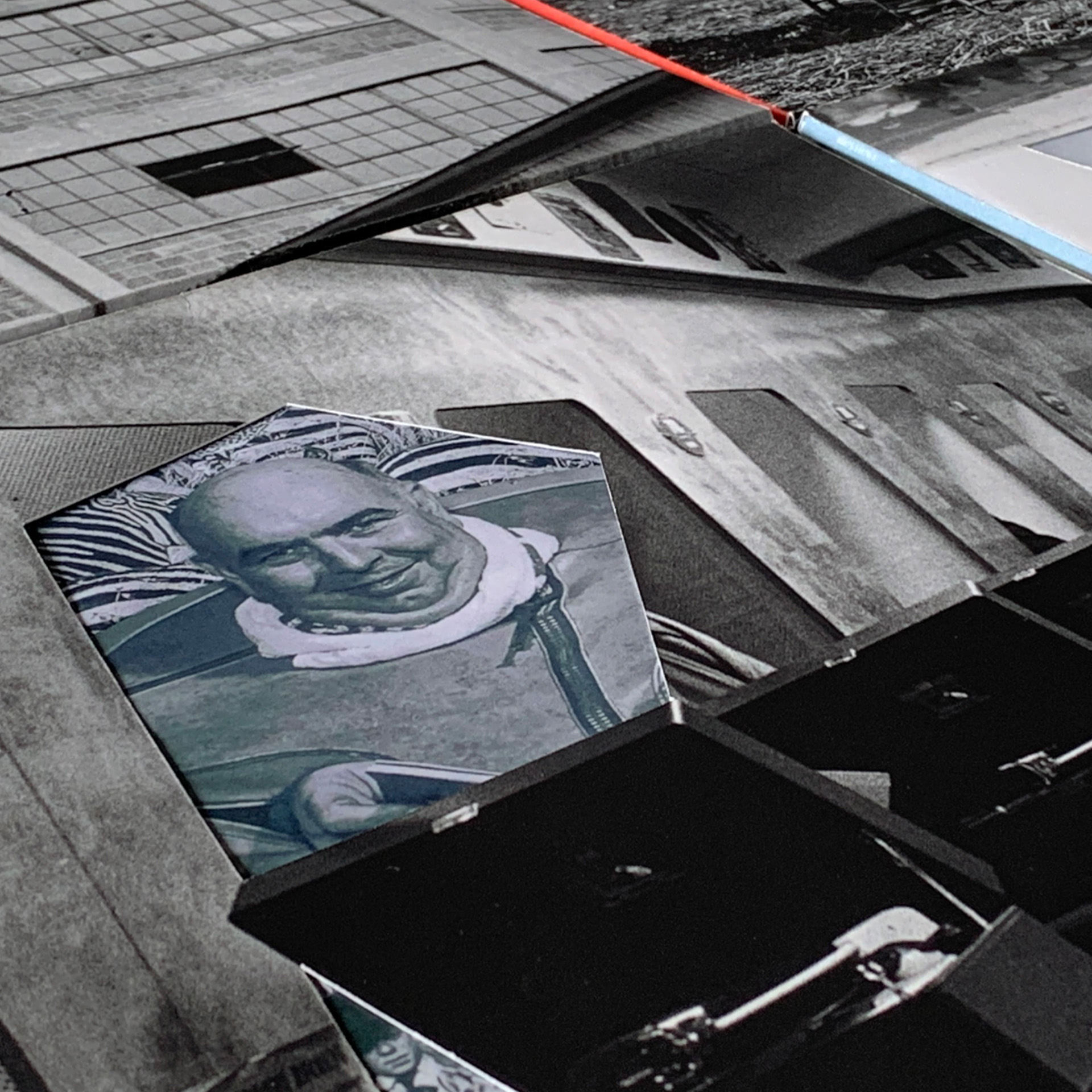 Demonstrating the tactile nature of one of the re-imagined record sleeves (in this case, 2013's 'Melophobia'). 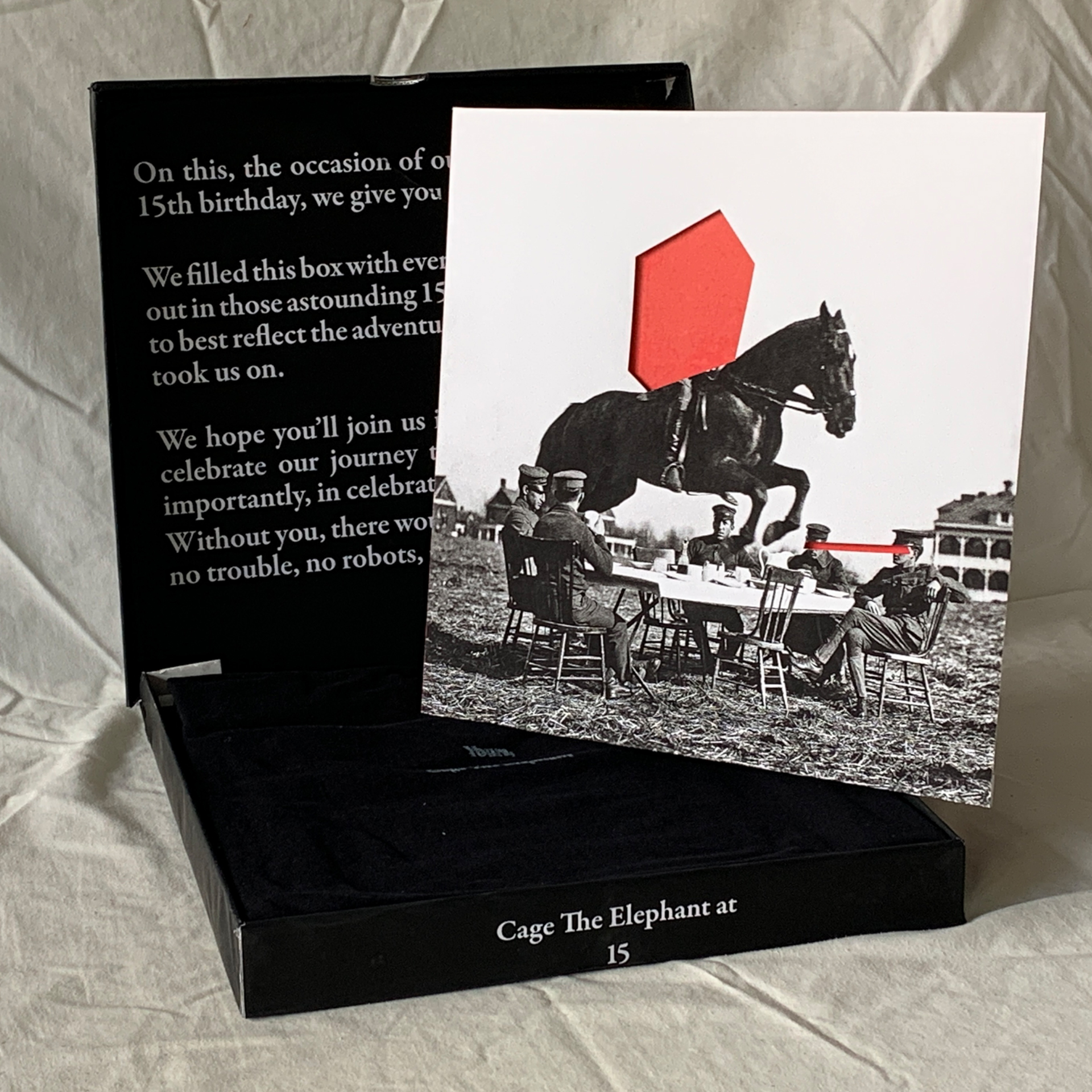 The titular box, and the re-imagined sleeve for 2011's 'Thank You Happy Birthday'. Every album was assigned a bizarre photograph, a colour derived from the original artwork, and a series of die-cut windows to represent the record beyond the packaging. 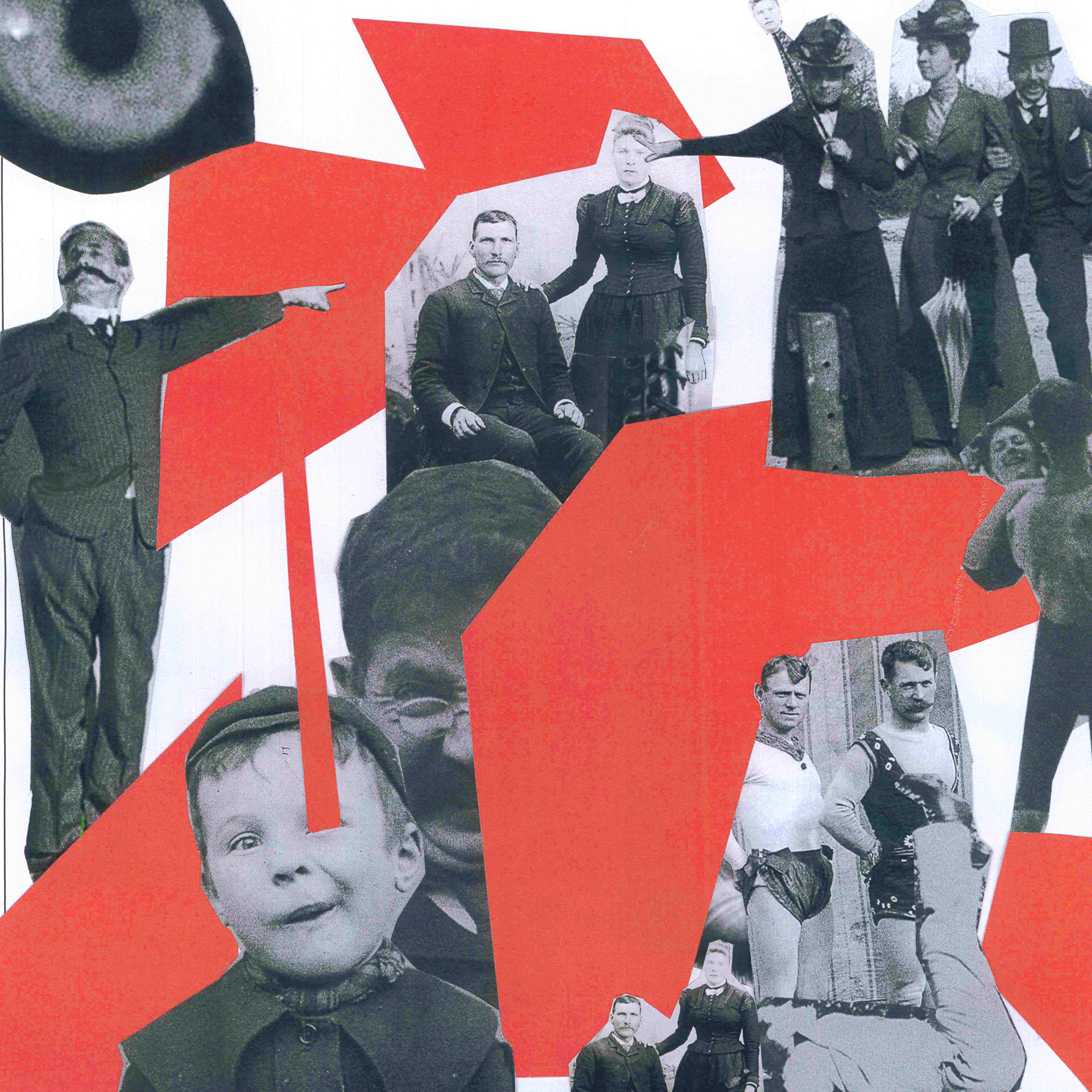 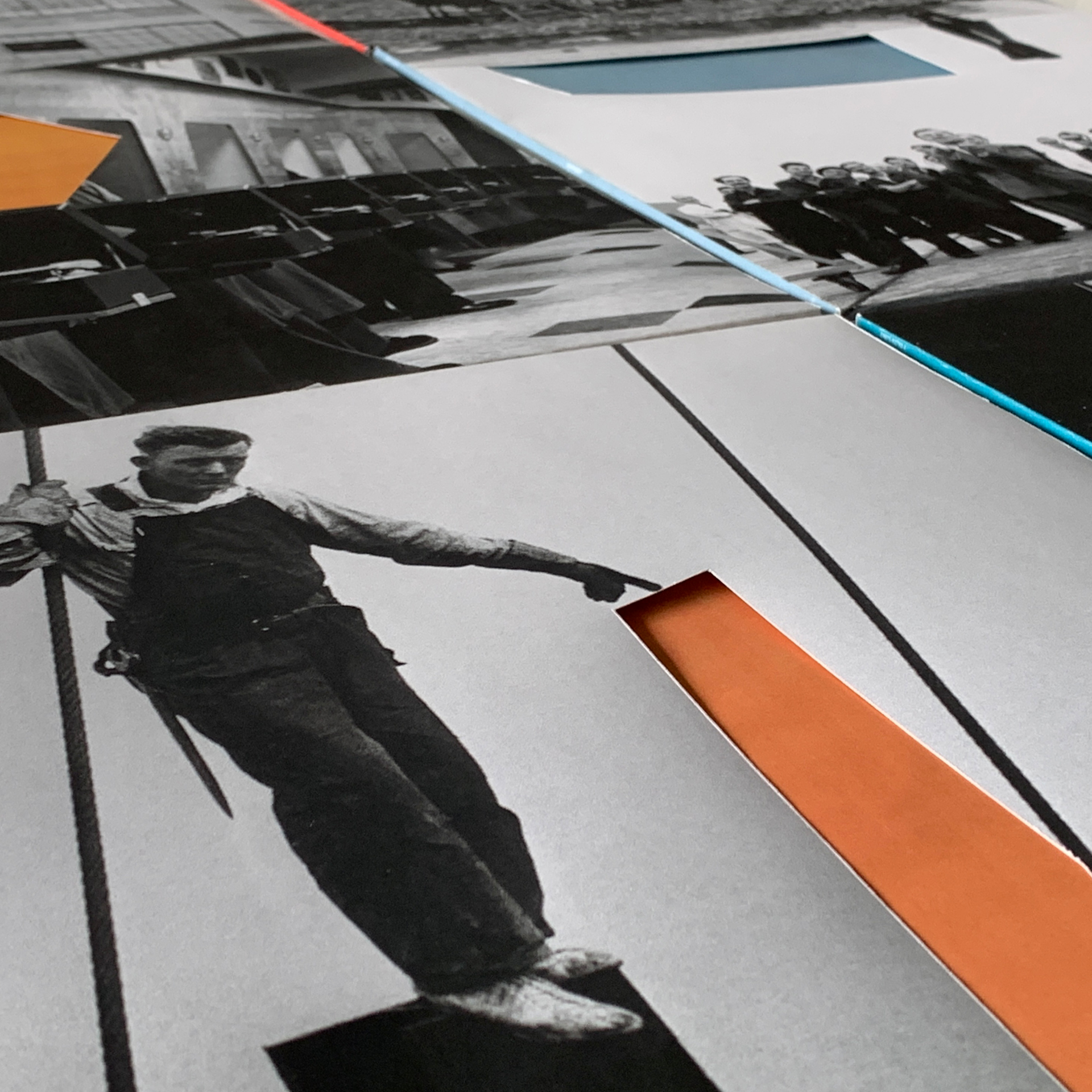 A portion of the printed record sleeves. The position of each die-cut window was carefully selected to allow the outer image to gel with the sections of the collage that would appear in those same windows. Here, the construction worker used for 2017's 'Unpeeled' is able to poke the top of a man's head, and the top of a stack of cans. 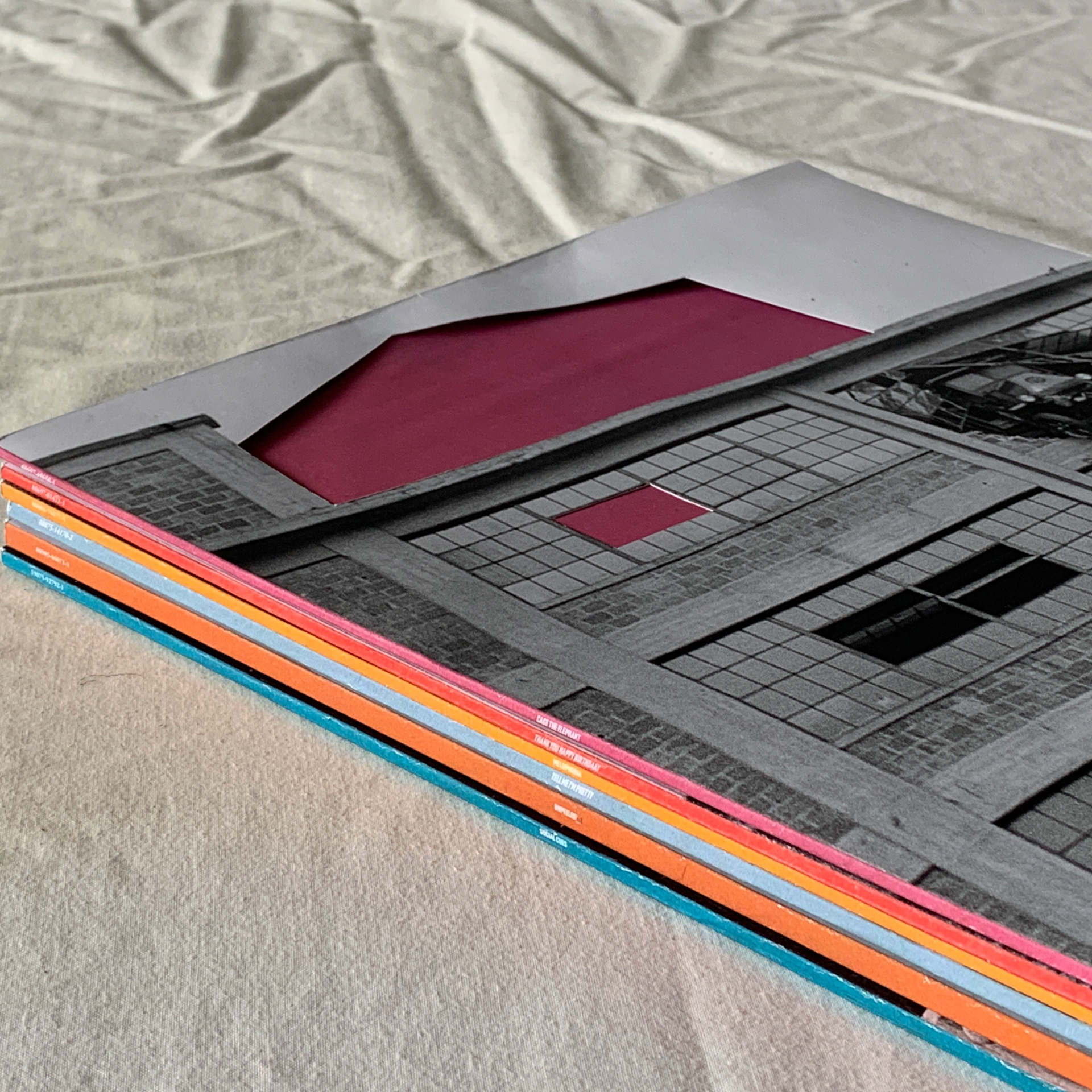 The sleeves of the assembled discography. The colour of each album was derived from the original artwork; A Box for a Cage is not an attempt to erase the legacy of Cage The Elephant's visuals, but to pay homage to every aspect of the canon.

The logo used atop the titular box. Stacking the shapes of every die-cut window creates a purely abstract final form that only gains meaning from the consumer once they interact with the project; as such, a sense of exclusivity rewarding the curious, avid fans even further is created.