As an Artist, Mother, Educator and concerned humanitarian I felt compelled to take responsibility, to discuss, investigate, research, analyse and evaluate the climate change challenges that humanity is facing and to that end, inform and educate the people who experience my artwork practice in a visual arts compacity and maybe change the climate behaviour of the viewer.

As a mother and educator, it is in my purist nature to protect my four children’s future and educate other individuals about the impending danger the planet is in. The survival of the human species is ingrained within us by the process of pro-creation and is inherently passed through our genetics and ancestral history.

As a humanitarian I understand that the planet Is a wonderland of life and creation, she lives, she breathes life into our lungs, she feeds our existence with her resources that we plunder at an alarming rate, to the point that our species is in emanant danger yet, the fossil fuels burn and increase rather than decrease.

The planet is becoming uncontrollably contaminated with human detritus and is heating up more than anticipated even 5 years ago. There is an Anthropocenic presence in my work that gives the work a historical and conceptual context of the planet’s geological past, present and future. My practice in this subject matter is governed by water, an integral element in the survival of mankind and all life on the planet. There Is a direct geological connection between the planet and my work. My practice relates to and examines the fragility of our planet using water, ice, the freezing and melting process with the very strong element of domestication though out the work.  The glaciers will continue to melt, this is expressed thought-out my practice with the processes and materials used. The melting ice balls become ‘moving sculptures’ that evolve into the non- existence and become a past event.

My practice explores the alchemy of natural and domesticated substances found in everyday life and how they interact with each other, pushing their natural boundaries into a paradox of creation vs extinction. The work is then reinforced into film and projected with aim to immerse the viewer into the work. placing the viewer into their Anthropocene.

The future of the planet lies in the hands of Humanity, Will the work entice a difference in the viewers influence or behavior within the context of the Anthropocene epoch, will they understand that their actions now, influence the future of the geological Earth and the survival of the human species. 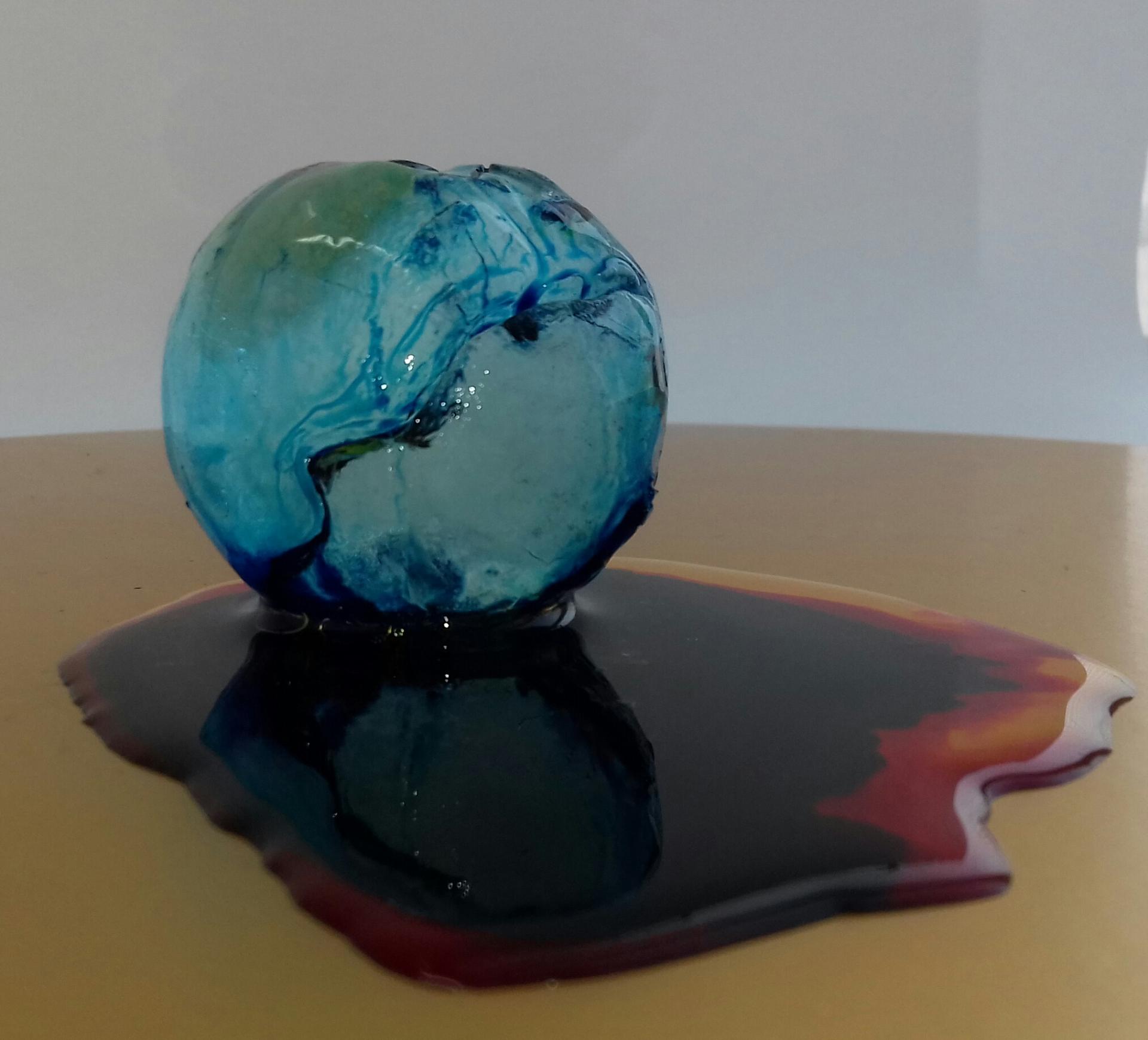 We are living in an 'Excessive Excess' world. Title: The Elite Offset Society.

Killing the planet will erase humans from the planet, she will survive without us.

Will planting trees really save the the ecosystems?

The Melting doesn't stop, what are you doing to 'Freeze the Melt'?