Being a Michael Jackson fan and collecting his memorabilia has been the source of inspiration for the exploration of the theme and terms of fandom and collections throughout my practice.

I decided to express what it is like to be a fan of Michael Jackson. Although there may be similarities, it is fundamentally different from creating fan art; I am using Jackson as the subject to express this meaning and for the viewers to relate to the feeling of hysteria via their own fanaticism. The work has a psychological undercurrent to fandom through hysteria; being an exaggerated and uncontrollable emotive response –directly connecting to fans’ unanimous experiences of uncontrollable emotion, which are at their epitome when interacting with their idol, at concerts for example.

My Degree Show exhibition reflects on this hysteria through an intense accumulation of work and the use of repetition, a key tool in my practice, and most obviously in my latest body of work: subject and image repetition, affecting both aesthetic and internal sensory experience; inspired by artists: Yayoi Kusama, Pipilotti Rist, Andy Warhol, Peter Dreher’s Day by Day, Good Day (1974 – present), Joni Mabe Everything Elvis and Candice Breitz.

My 25 oil paintings on wood the size of postcards are repetitions of subject matter, meanwhile, I used repetition of the eyes from Jackson’s Dangerous (1992) album which I made the conscious decision to draw digitally due to the infinite possibilities of replication and repetition, for example: as it can be multiply printed, like printed paper materials such as concert tickets, newspaper articles are valuable to a fan. The sheer multitude of eyes covering the walls creates a sense of being watched, resulting in perhaps notions of paranoia, triggering at the viewers’ instinctual reactions and behaviours, despite the viewer being the only one actively looking.

25 is a typical number in Jackson’s collectibles – such as his 25th Anniversary albums. In 2022 it will be 25 years since his Blood on the Dancefloor (1997) was released, and a print of the artwork of this album is displayed. Alongside the BOTDF print, a signed photograph from Jackson’s photographer during the ’90s is included, to whom I have connections from the community. This is to combine my collection within the work and community.

A video portraying community, connecting fandom with hysteria is included, in the space of 6 years since I fully joined the community and went to fan-based Jackson events such as house parties and flash-mobs in London, going on Jackson-themed holidays in LA and Vegas, also to Jackson tribute shows and The Jacksons concert. The addition of this piece results in a total of 50 works on show, which is the age Jackson passed. My conclusive goal is to communicate what it is like to partake in fandom regardless of the subject. This exaggerated but conceptually accessible shrine aims to relate to the viewer, challenge their ideologies surrounding fanaticism and serve to comfort one’s own individual sense of what it means to be a fan. 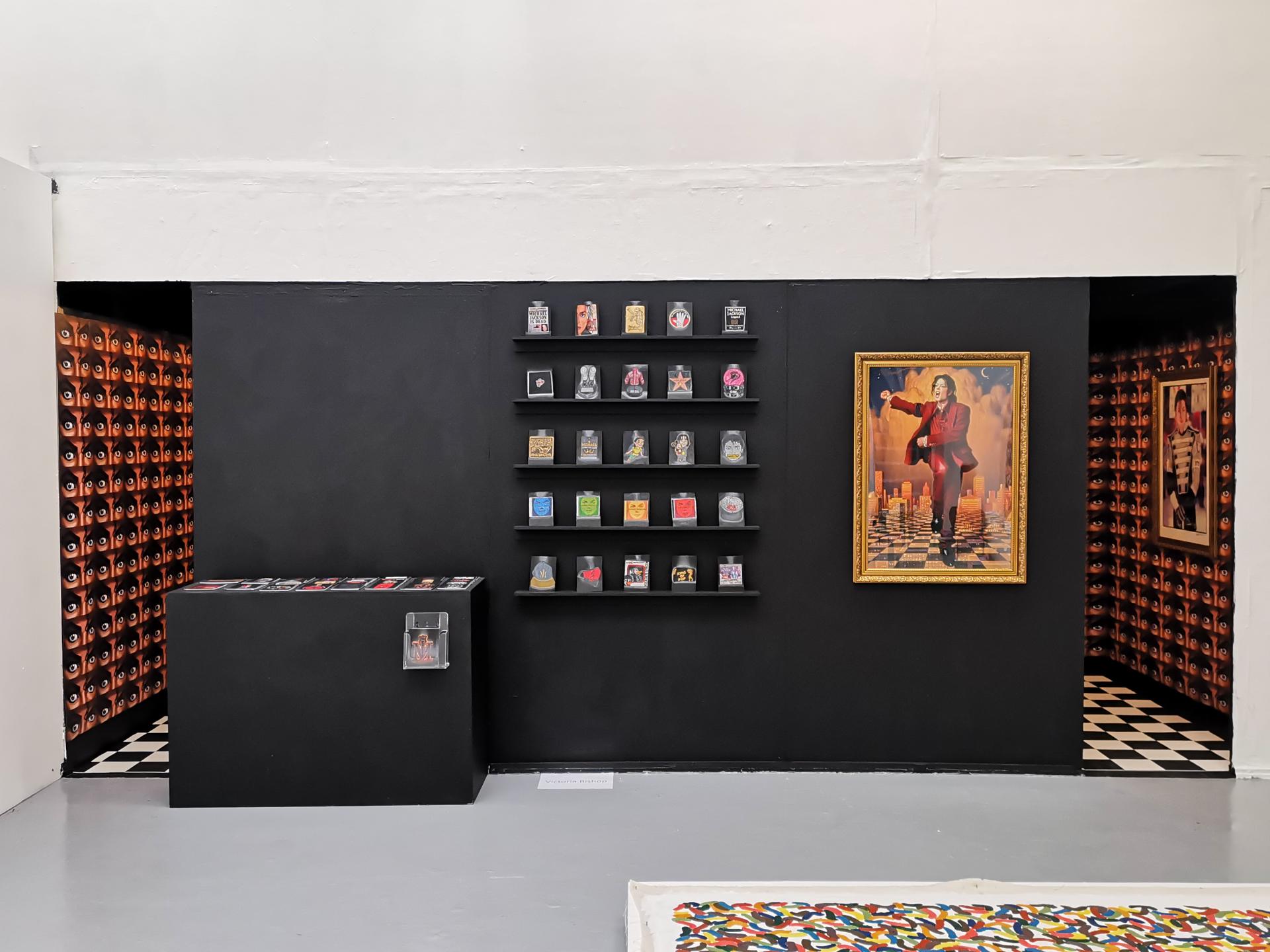 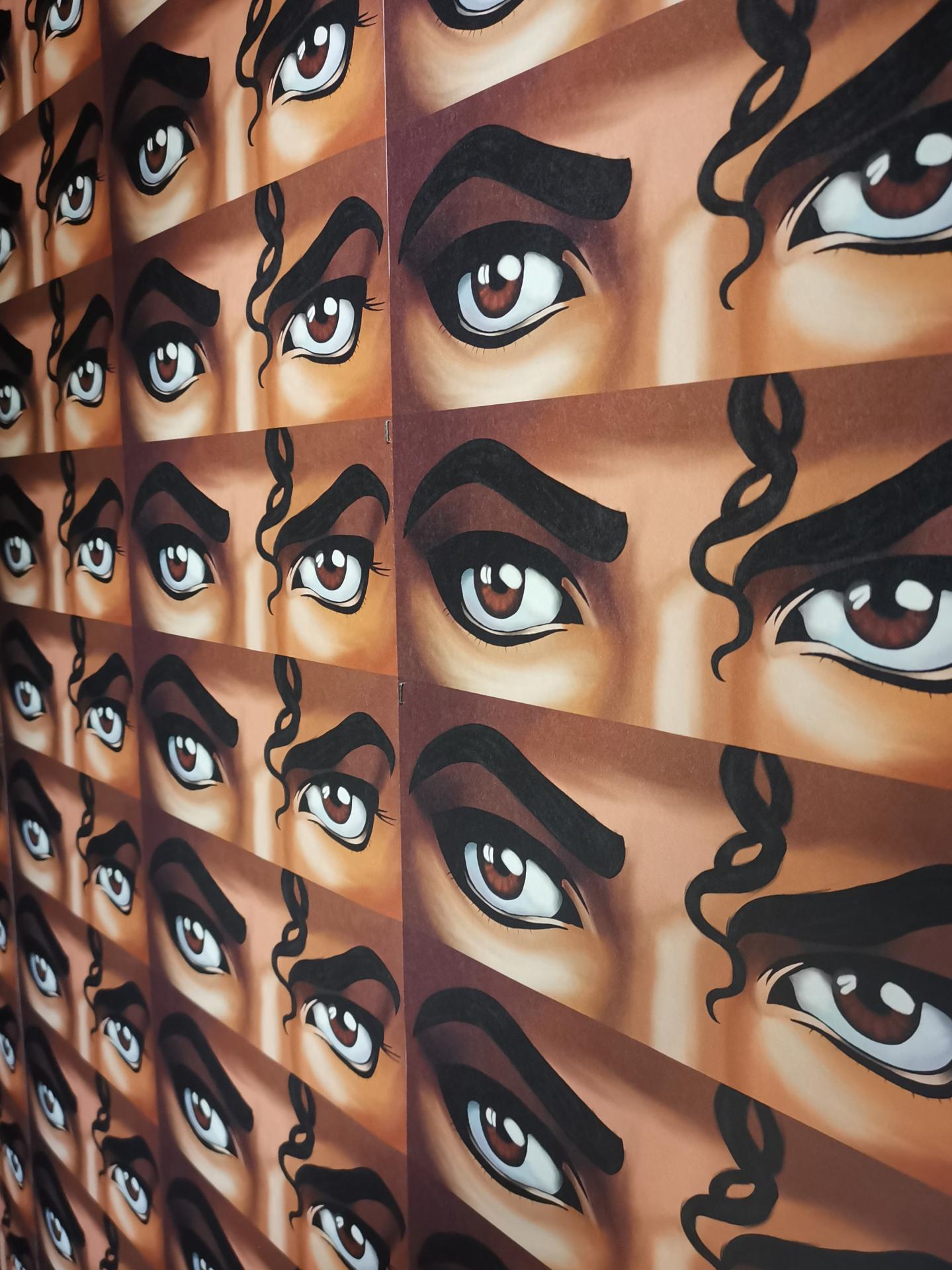 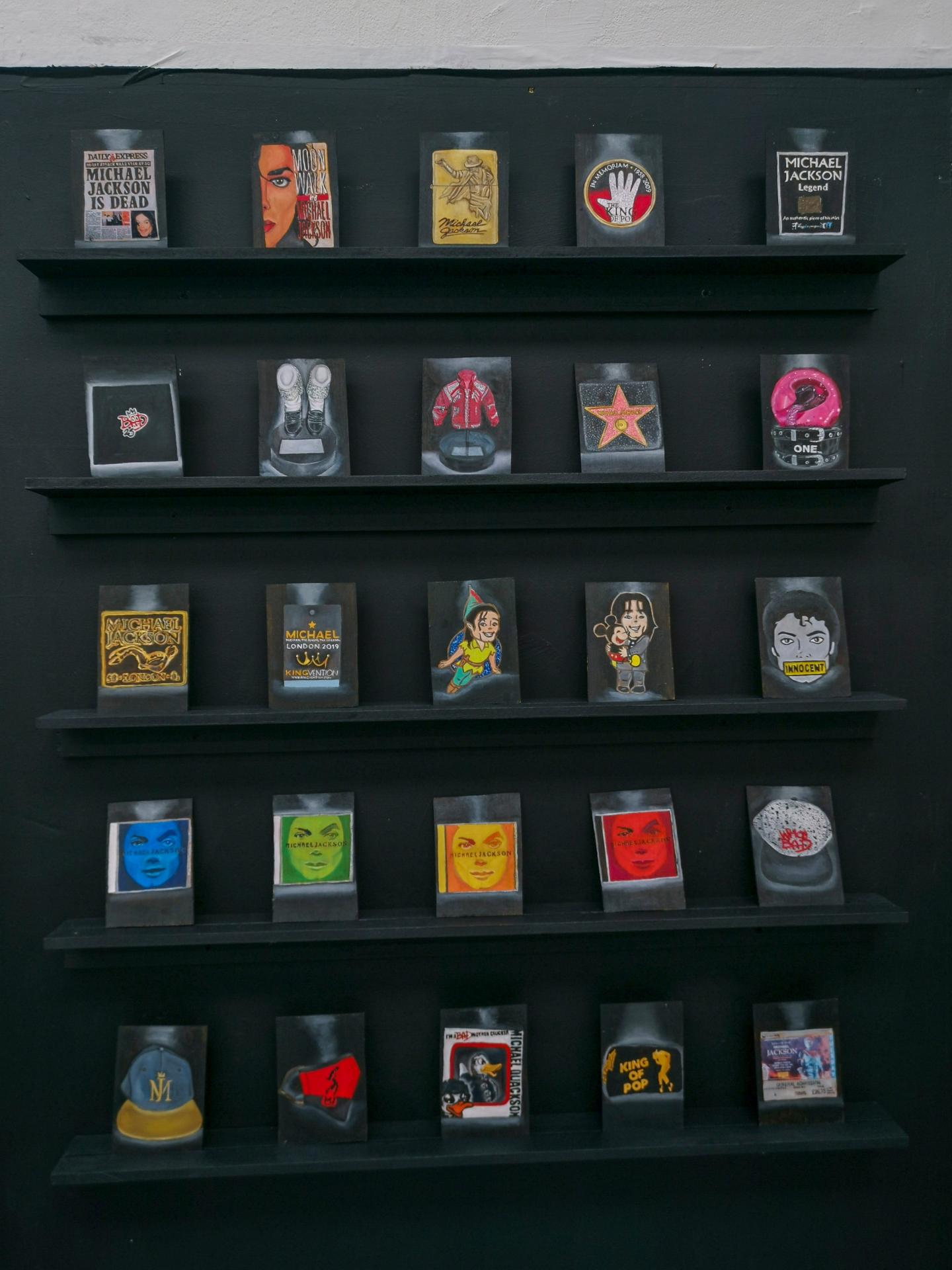 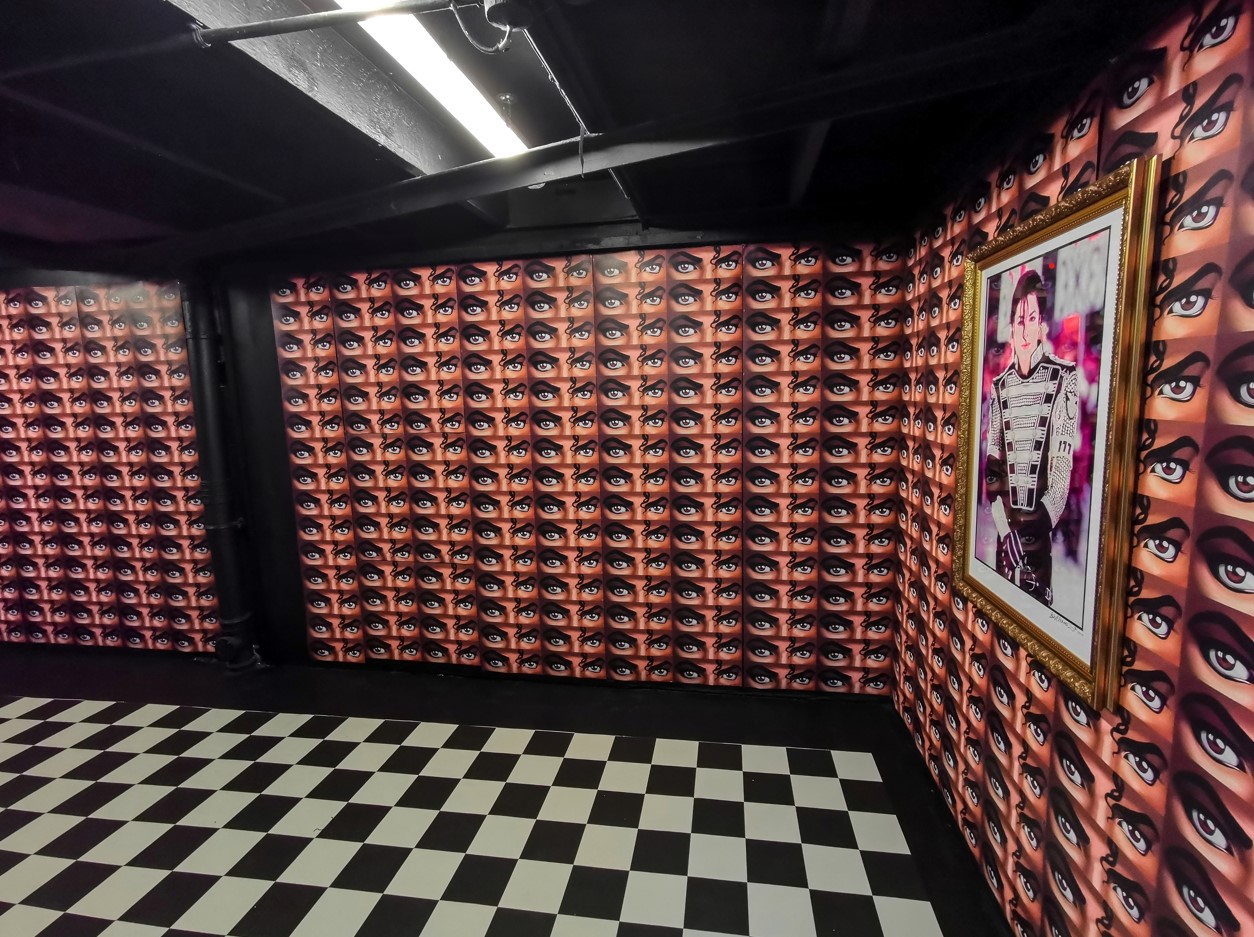 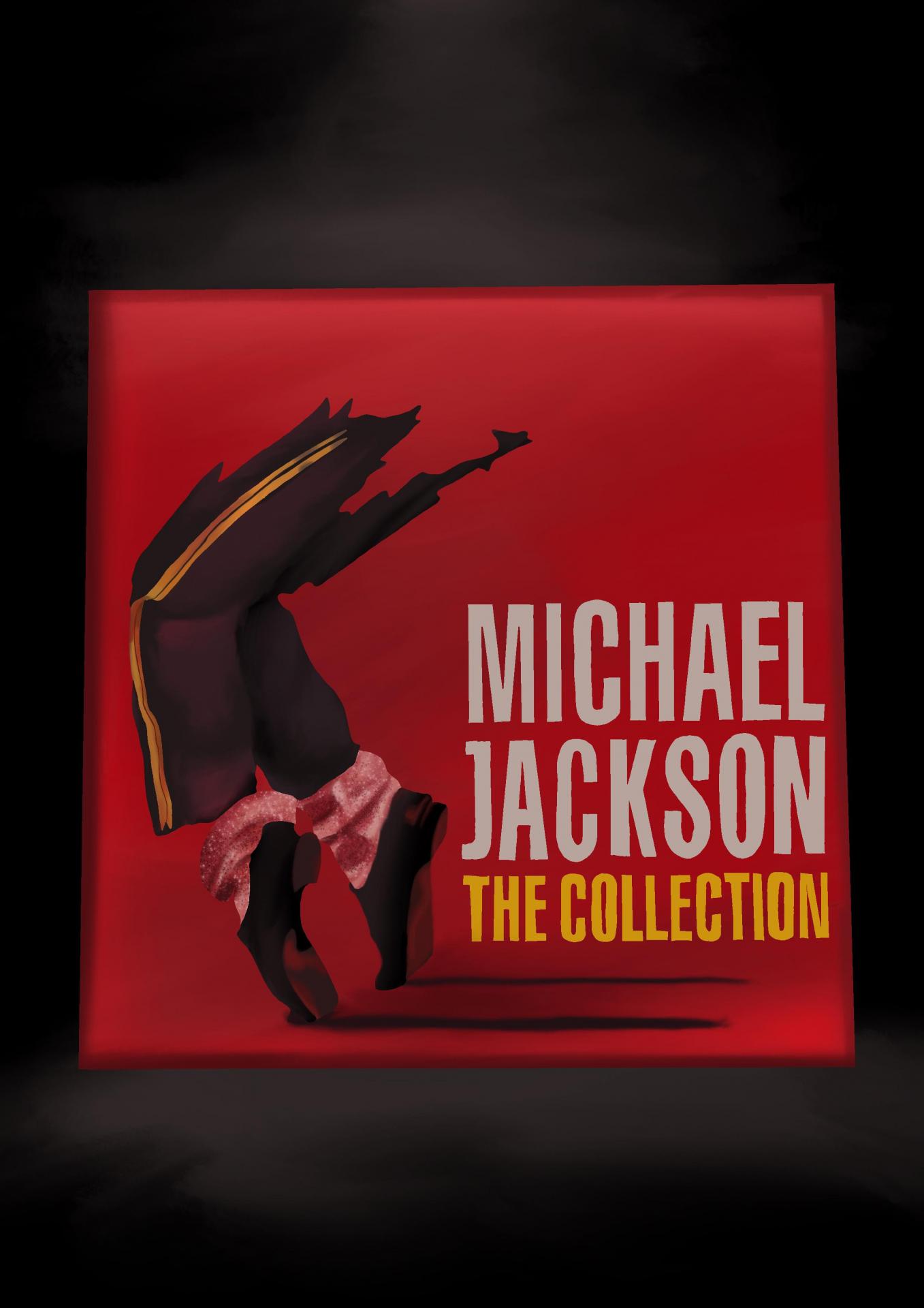 MJ The Collection box set | Digital drawing (3 out of 23) 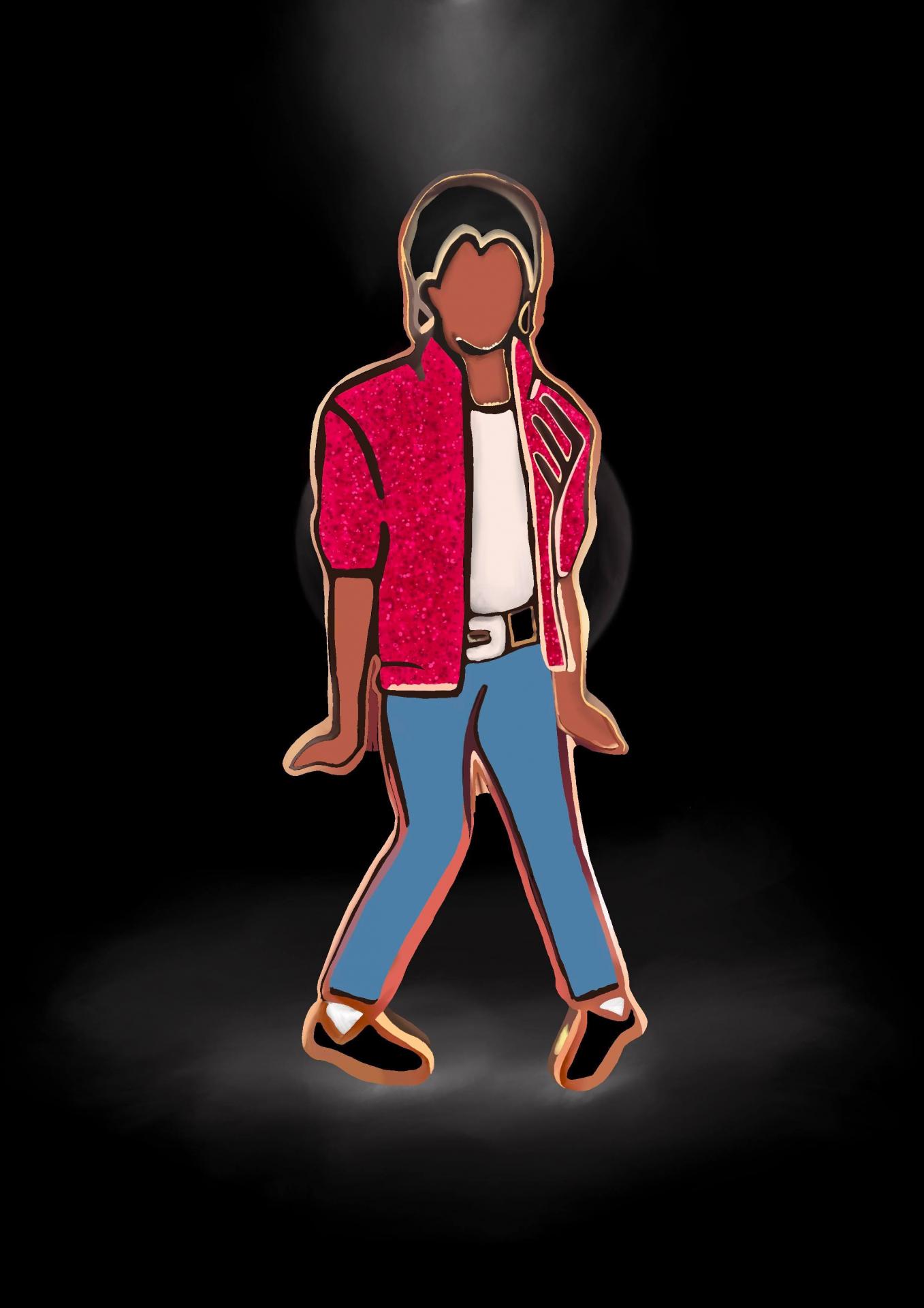 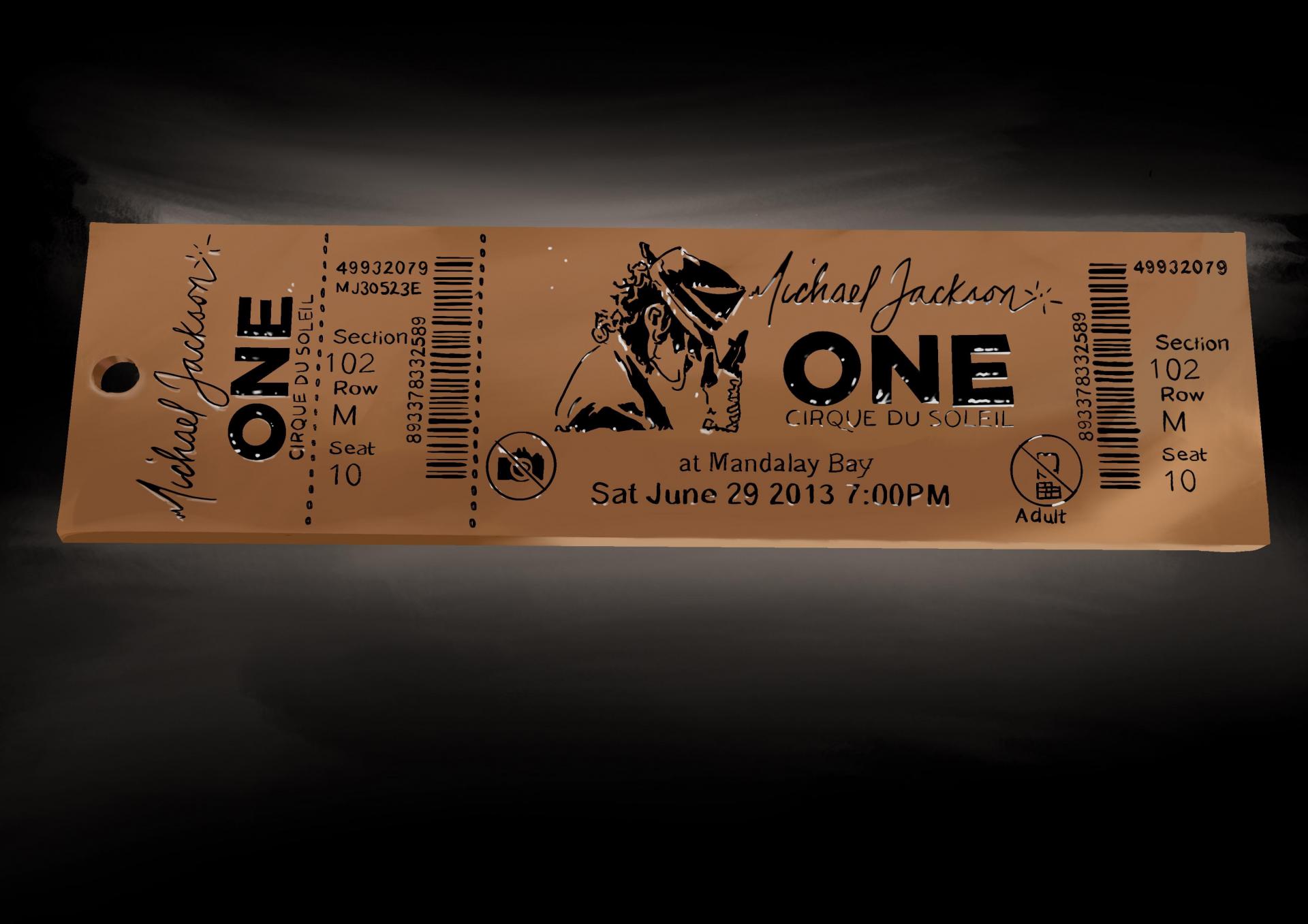